These 2 & 3 bedroom cottages are situated in a courtyard setting, nestling behind The Folly Inn (a popular public house offering good home cooking and well kept ales) on the edge of the Oxford Canal. Each cottage has a well equipped kitchen/living room with views of the surrounding countryside. 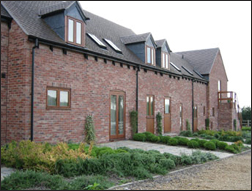 A small shop is situated on the site catering for essential provisions.Set on the Oxford Canal in Napton on the Hill, Warwickshire. Napton is situated just 10 miles from the M40, Jct 12 and is ideally situated for visiting Shakespeare’s Stratford Upon Avon, 25 miles away. Beautifully situated on the River Avon, Stratford has a number of attractions linked to its famous son. Discover the town in which Shakespeare was born and grew up, where he gained inspiration for his work and even where he used to poach deer!

A stroll along the River Avon will lead you to Holy Trinity Church – Shakespeare’s final resting place. Stratford has many other attractions including Guide Friday, The Butterfly Farm and Cox’s Yard.

The historic town of Warwick (13 miles away) is best known for its magnificent castle, home to generations of the all-powerful Earls of Warwick, including the 13th Earl, executioner of Joan of Arc. Kenilworth, just north of Warwick, has an excellent choice of restaurants and small shops. 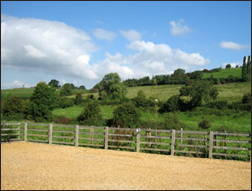 It too has a castle – described as England’s most romantic ruin as it was here that Queen Elizabeth I was lavishly entertained by her favourite, Robert Dudley.

Within easy reach of both Warwick and Kenilworth lies the fashionable town of Royal Leamington Spa. The range and quality of shops is excellent. Make sure you visit the Royal Pump Rooms to taste the spa water which made this town famous.

Pets are Welcome (one per cottage)